Seaside Plantation is a gated community near the ocean in the Ocean Drive section of North Myrtle Beach. The main gate is near the corner of Hillside Ave. and 8th Ave. North. 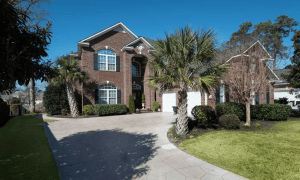 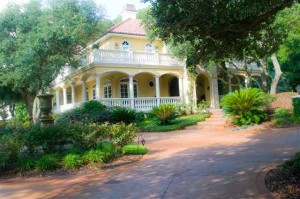 “The Death of Eva Sofia Valdez” is now filming at this amazing home that is currently available to purchase.    To learn more about purchasing this home see below link below.  They will be filming until April 4th.   If you’re interested in being an extra, visit the TW Casting Facebook page at https://www.facebook.com/TW-Casting-1574496922804861/.

During their regularly scheduled February 15, 2016 meeting, the North Myrtle Beach City Council will consider first reading of a bond ordinance to finance the initial dredge of the Cherry Grove canals.

The current schedule has dredging occurring from November 2016 through April 2017.

It appears that a small number of canal property owners are inclined to file lawsuits against the City because they disagree with City Council’s decision to move forward with the dredging project as designed. While it is the right of any property owner to file a lawsuit, the City wants all concerned to be aware of the practical impact this will have on the project.

The City cannot enter into dredging and financing contracts with litigation pending. Lawsuits are expensive for both sides and they can take years to conclude.

The City’s current dredging permit from the U.S. Army Corps of Engineers will allow the City to accomplish the two planned dredges, but only if the initial dredge is not delayed by litigation. A delay may well require the City to expend additional resources to extend the existing permit or to obtain a new permit. This diversion of resources might well leave a second dredge unfeasible within the City’s current cost predictions.

The City did not propose to property owners that the canals be dredged. Property owners have for over a decade asked the City to head up an effort to dredge the canals. The City has done that, spending close to $3 million in court to determine who actually owns the canals—the State, and committing to invest more than $2 million in actual project costs. Add to those costs an abundance of City staff time and resources.

The City has pursued and continues to pursue all avenues for funding assistance for this project. These include federal and state agencies, potential public and private grants, and more.

An untrue rumor continues to persist among some property owners that the nearby Town of Ocean Isle Beach, NC, used Town funds to have similar canals in its jurisdiction dredged for the homeowners who live along them.

North Myrtle Beach City Council and staff visited Ocean Isle Beach, toured the canals located there, and talked directly with the town’s Mayor about how the canals are dredged. Ocean Isle Beach has never spent Town funds to dredge the canals located there. All dredging costs have been paid for by those who own property along the canals that are dredged because they are the primary beneficiaries of the dredging. Those same property owners continue to pay into a canal maintenance fund. Following their initial dredge, maintenance dredges have become less expensive.

In summary, it would be illogical for any property owner to expect a better answer as to how to fund this project. All funding avenues have been explored and, thus far, exhausted. The only possible result of lawsuits regarding this project would be for the City to have to abandon this project, which, again, it was requested to accomplish by canal property owners. Left unattended, the channels will eventually fill in to the point where they are no longer navigable even at high tide. The City hopes that this does not occur.

This letter was posted by the City of North Myrtle Beach  February 5 at 2:48pm · 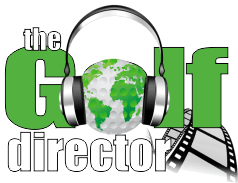 Coastal Lifestyle Vacations looks to boost bookings for vacation rental accommodations during the golf vacation season referred to as the shoulder months which fall before and after summer vacation weekly rental peak season, as well as those golfers who enjoy golfing in Myrtle Beach during the winter months.

The alliance will also provide Coastal Lifestyle Vacations guests the ability to receive golf discounts for those who decide to play a round or two of golf during their stay.

Guests will receive direct access to The Golf Director for golf packages through Coastal’s websites, social media sites, email invitations during the booking process, in room promotions, and other points of communications.

About The Golf Director:
The Golf Director (TGD) is a digital communications platform developed with the goal to provide amateur golfers with the convenience of a single stop for golf course news, reviews, tournament calendars, local accommodations, dining, tee time reservations, golf vacation packaging, and more for a variety of golf destinations. 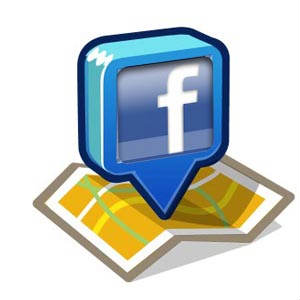 Myrtle Beach spring break vacationers over the age of 25 including Baby Boomers, Generation Xers, and the Millenniums have checked in on Facebook  to more places than any other spring break location this year. Myrtle Beach has grown in popularity with families and empty nesters.

There are so many things to do here that are family friendly, vacationers keep coming back to revisit some attractions and restaurants, while trying new things, as well.

In addition to the beautiful beaches, world class golf courses, and a few rounds of putt-putt, there are so many attractions new and old for vacationers to enjoy.

The spring break season is upon Myrtle Beach, and lots more vacationers are on their way.

Welcome to Myrtle Beach We hope your enjoy your family vacation with us.